You are here: Home / Case Studies

Some of our recent projects 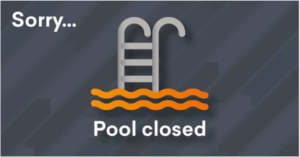 The Kings Leisure Centre in East Grinstead had to close its swimming pool this month due to a problem with the drainage.… 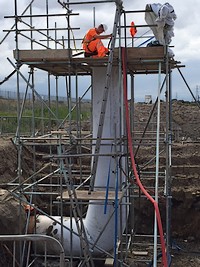 DRAINLINE INSTALL A 1200MM DIAMETER LINER THAT “COULD NOT BE DONE”!

An enquiry was made to Drainline regarding the structural re-lining of a 40.0 linear metre 1200mm culvert located in a large Essex development site, other specialist companies had been approached but all had declined to undertake the works due to the very problematic nature of the installation stating it could not be done.

The client wished to re-use the existing culvert as a permanent groundwater pumped outlet discharging to the Thames estuary, the culvert passes underneath a busy railway line, a newly installed pumped line would necessitate excavating under the railway line with all the associated problems and costs associated with this, remediating the existing culvert and converting to a pumped line was the obvious choice for the client but they needed a can do company to achieve the necessary remediation.

The outfall end of the culvert is submerged at times of high tide giving a very limited working window, added to this the culvert has a reverse gradient meaning the invert is higher at the downstream outfall end than the upstream end by 2.0 metres, the culvert also deviated by 45 degrees and at this point there was a disused lateral splitting the culvert into two legs, the client was keen for us to line over the disused lateral but without “bulging” of the liner material.

Drainline has always relished a challenge and being one of the most experienced lining companies in the UK a work plan capable of re-lining the culvert was ascertained.

Given the limited working time and access at the headwall/outfall end UV lining was not suitable and hot cure lining was selected as this would enable the liner to be inverted into position and filled with water between tide changes, hot curing could then take place even if at high tide. The inverted liner filled with water with a 6.0 metre head would withstand any pressure from the high tide.

The liner material selected was 18mm in thickness and PU coated.

Clever use of Drainlines JHL Recycling unit was undertaken to collect ground water from the site, recycle and use to invert the liner keeping costs down and preventing the wastage of clean potable water.

Other plant used included a 4000 gallon tanker, 55 ton crane and a refrigerated artic unit, a specialist scaffold tower was designed and erected capable of supporting the 5 ton weight of the liner if necessary.

Liner installation works commenced at 0700hrs when the tide had receded enough to allow access to the outfall end of the culvert.

The liner was inverted into positon with just minutes to spare at 1300hrs before the culvert headwall/outfall disappeared underneath the Thames, hot curing was then commenced and the liner boiled at 80 degrees over the next 12 hours.

Once the liner was cured the hot fill water was tankered away and disposed of to ensure there were no pollution or raised local water temperature concerns, both liner ends where trimmed and samples taken, subsequent surveying showed the liner installation to be highly successful with no “bulging” over the disused lateral and negligible “creasing” on the 45 degree bend.

The works lasted the duration of three day shifts and one night shift and caused minimal disruption to site.

Drainlines commercial director Wayne Holdaway said, “once again Drainline has achieved a first in the drainage industry, we undertook this installation that others said could not be done, we are very proud of our performance and the end result, the works were completed on time, within budget and without delays”.

As a working stadium the remedial works had to planned with precision to avoid disruption to the normal operation of the stadium, this included training, club level, national and international matches and even filming of the popular Top Gear programme playing a game of “Car Rugby”, ruining the soon to be replaced pitch.

The remedial works were expected to prove problematic due to the site having a very high water table and the foul system being subjected to sudden high volumes of usage, (the stadium holds 82,000 people), this was not a project for the feint hearted.

Planning of works, close liaison with the stadium and diligence of our staff ensured no issues occurred during the works.

Diameters of the subject pipework ranged from 100mm to 1200mm and Polyvinyl Chloride, Vitrified Clayware and Concrete materials.

Using the above methods of repair the underground drainage systems were returned to a serviceable condition and allowed the stadium to function whilst works were undertaken.

Due to our works coming in on budget, within the agreed timescales and the standard of workmanship our clients and Twickenham Stadium awarded us further works to carry out substantial surveying and remedial works to the expansive underground ducting systems to prevent and cease problems of water ingress. 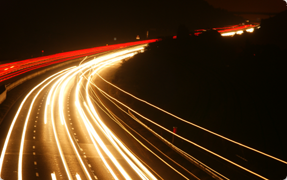 Repairs to water pipe on the M23

We have Recently installed 100 metres of 450mm diameter Drainage Liner to a long section of damaged surface water carrier pipe. This was carried out at night during a lane closure hence having to be completed within a 7hr timescale prior to rush hour and having to hand the site back to the Highways Agency.

Mike Mogre Director for Drainline said we were under a lot of pressure and everything had to be timed carefully all the large team had their part to play. Sylvia Whelan also a Company Director said this is a great achievement for Drainline and co inside with the growth of the company from being able to manage smaller projects to larger schemes like this one on the M23 near Gatwick Airport.